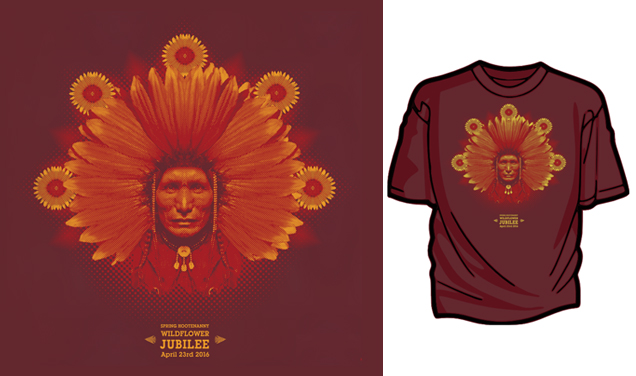 This shirt was designed for a bi-annual charity event featuring music and poetry that converts group donations into meals for the needy in North Texas and Oregon. The community based charity event called “Hootenannies” gather donations that raise funds for the North Texas and Oregon Food Banks. These charity events have brought together poets, musicians and artists from North Tx. and across the United States for over a decade to generate roughly 33,000 to 41,000 meals for the hungry in their community. To make each Hootenanny event unique, a commemorative shirt is created. The shirt is then provided to those who make a donation. This design for the spring Hootenanny Wildflower Jubilee 2016 was inspired by the history Mirador Ranch in Hico Tx. which has been the Hootenanny Headquarters since the early 2000’s. 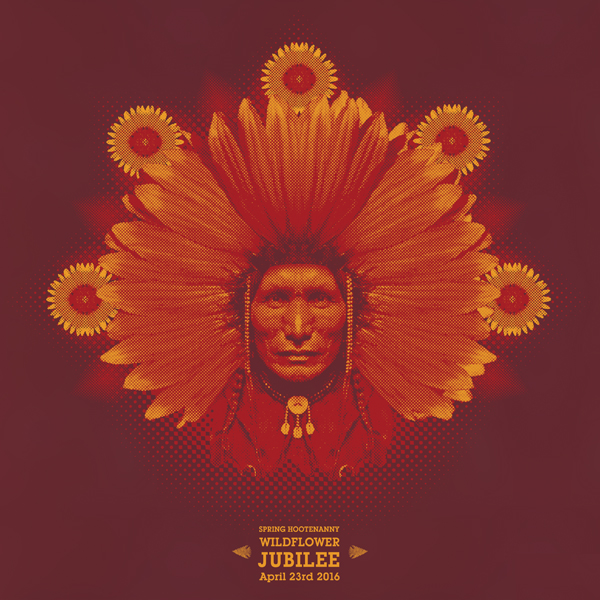 In the spring many flowers with names inspired by the native inhabitants bloom and I wanted to call attention to the history of the ranch, the original inhabitants and of course the wildflowers that will be on display during the spring Hootenanny. I created a headdress from a flower named “Indian Blanket” and placed it on a Native American that is an “iconic” representation created from multiple composited images. 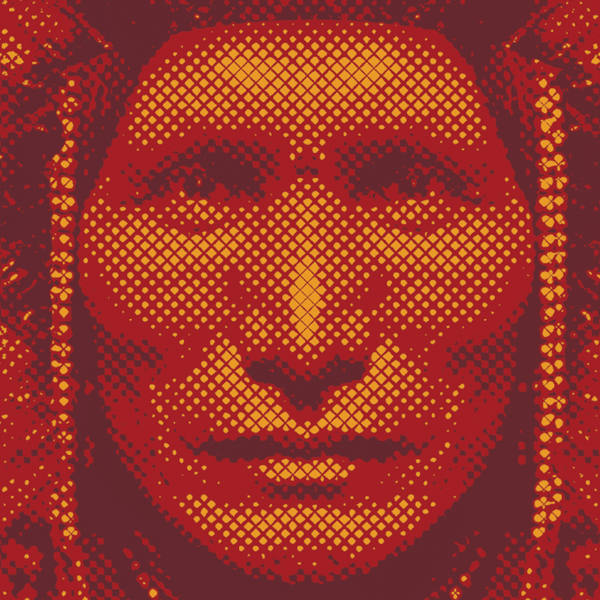 One of the tricky aspects of screen printing is understanding how to manipulate the application of inks to allow for photographic looking images as well as provide as much depth as possible with limited resources. I exploited the limitations of screen printing when creating the illustration and I generated my own half-tone screens in addition to using traditional screens.

The face of the native american was built over several steps of combining halftone screens with one another in order to achieve the interlocked diamond pattern that appears in the yellow ink. Another signature element to this design that I love to utilize in the Hootenanny shirt designs is to use the shirt color as a primary design element in order to create detail within the overall design.

This was budgeted to be a 2 color shirt, so I based the colors on the Indian Blanket flower and went with the darkest red available for the shirt. Warm red and yellow inks were chosen to give the feeling of a late evening sun position on the final graphic.

Bad Behavior has blocked 1457 access attempts in the last 7 days.