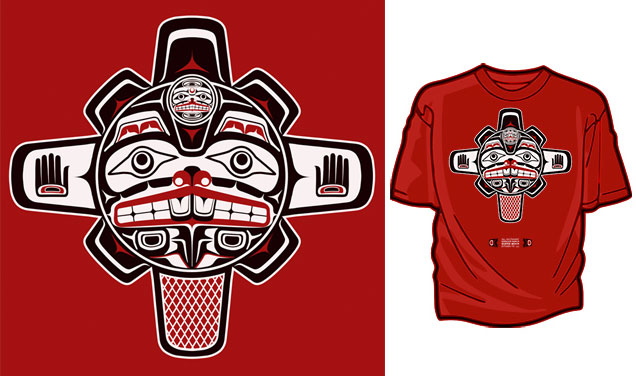 This shirt was designed for an bi-annual music and poetry event that converts its donations into meals for the needy in North Texas. The events, called “Hootenannies” raise funds for the North Texas Food Bank, the Hootenanny events have brought together poets, musicians and artists from North Texas for over a decade and they have generated roughly 32,000 to 40,000 meals for the hungry in their community. To make each Hootenanny event unique, a commemorative shirt is created. The shirt is then provided to those who make a donation. 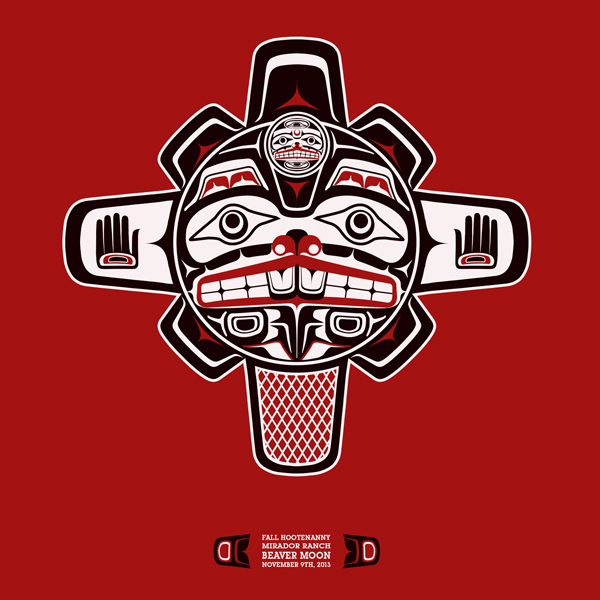 This year, the Fall Hootenanny is in November, and the full moon of November is referred to as the Beaver Moon. I used this as a direction for the design of this years T-shirt. After some concepting I realized that both the beaver and the moon were feature characters in several of the tales of the First Nations tribes, and combining the characteristics of both in the First Nations style would be compelling.

When I presented to the client I gave them the option of printing on a black, red, or blue shirt, each design was slightly different and the red design was the final winner.

Referencing First Nations traditional mask and totem carvings as well as several books on the subject, I developed this design for the Beaver Moon. It incorporates common motifs found in the First Nations representations of the moon and beaver, and pulls inspiration from elements on totem poles and mask design. 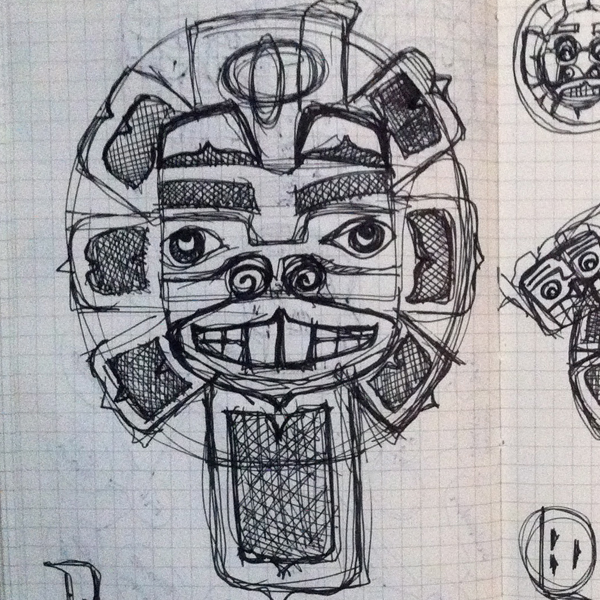 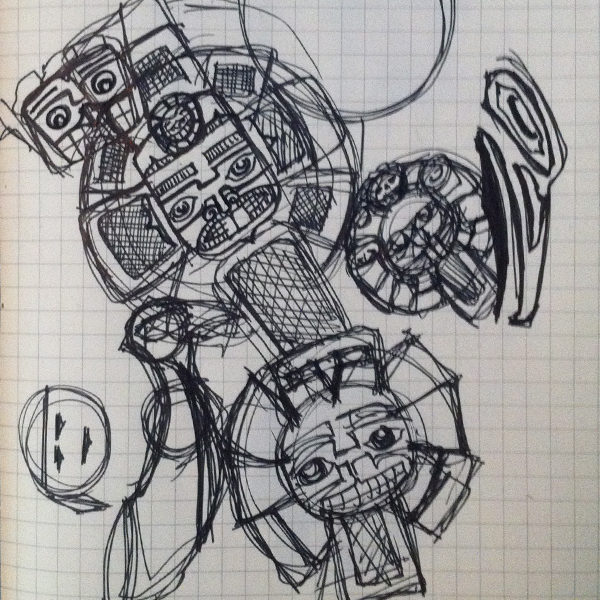 Here is the final illustration once again. 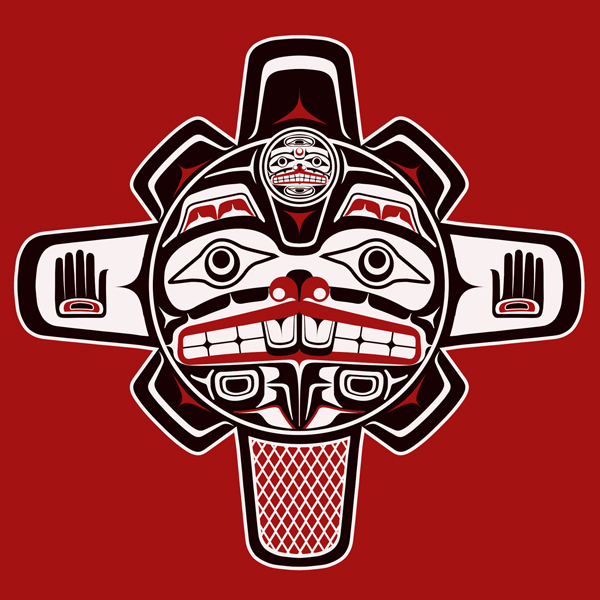 If you are interested in donating food to the hungry in your community please find a local Food Bank near you.

Bad Behavior has blocked 2494 access attempts in the last 7 days.