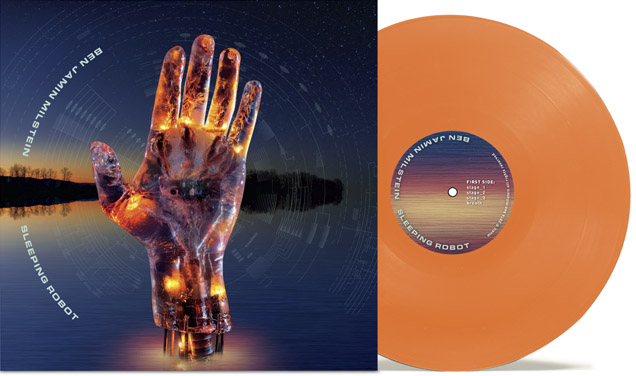 Ben asked me to design a new album cover for his newest release of electronic ambient music titled Sleeping Robot. This is a full length album and it was to be released in 2015, but has been delayed for the time being. Even though the budget was tight we wanted to make something personal and unique for the design and as we had a decent amount of time to work with we decided to go with a complex build for this cover. 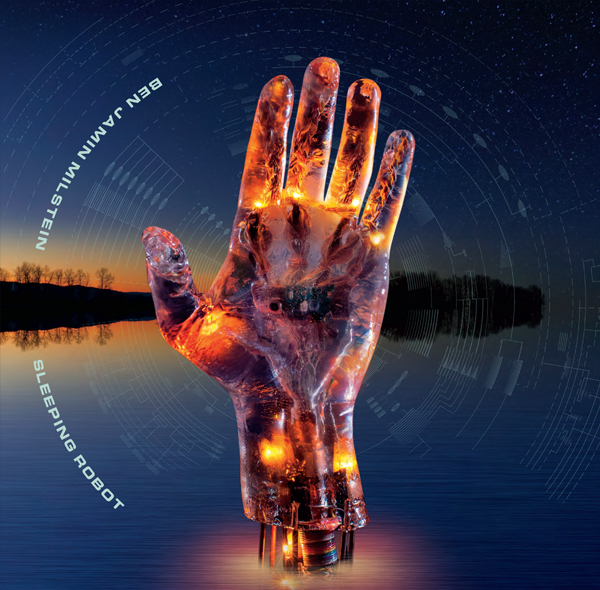 I presented several ideas that were a combination of technically challenging and partially dangerous. Trying to find an interesting path to go in on a minimal budget presented some initial safety issues that we had to work around. In the end we decided to create a casting of Ben’s hand and then create a “robot hand” from it to act as the main point of interest for the album cover. 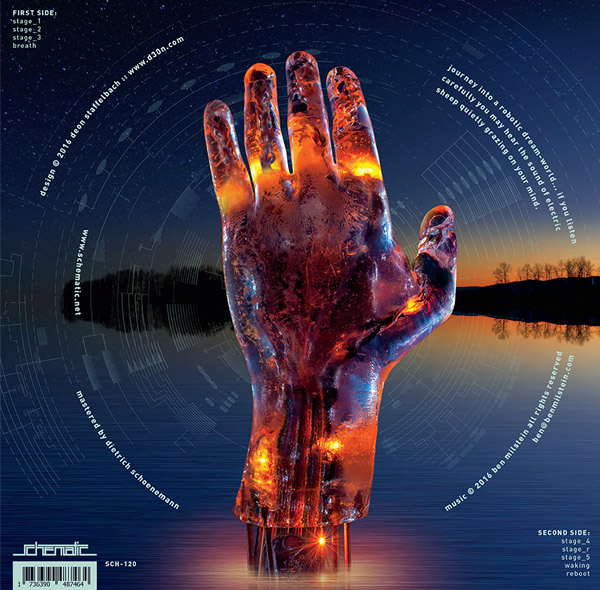 We recommended that the album be pressed on orange transparent vinyl to carry the color palette over to the physical album, and give it continuity with the orange in the design. 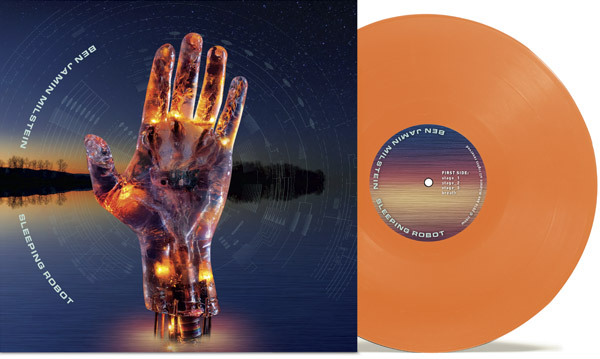 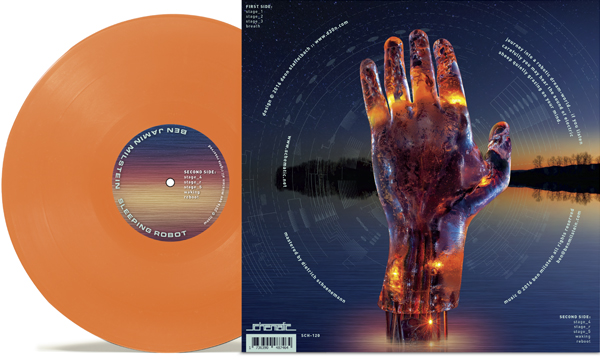 Once we had approval on the design, we started building the prop which required us to cast Ben’s hand in three pounds of alginate, a water based compound usually used by dentists to take castings of patients teeth. After the mold was created, we inserted the “android armature” that I had built out of scrapped computer and mobile phone parts, aluminum plate and yards and yards of recycled electronic wire. In order to add another level of interest I also placed some LED lights in each finger, the thumb and in a few other places on the armature. 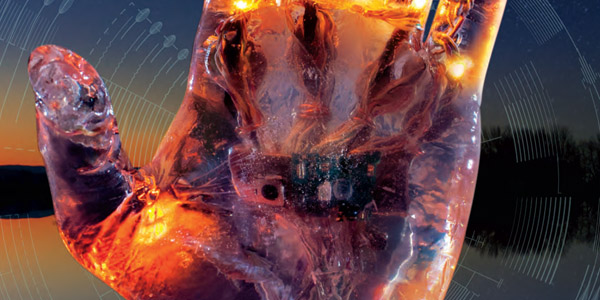 Once the alginate mold and armature were ready, we poured in a large quantity of epoxy resin and let it cure for several hours before extracting it from the mold which was destroyed in the process. 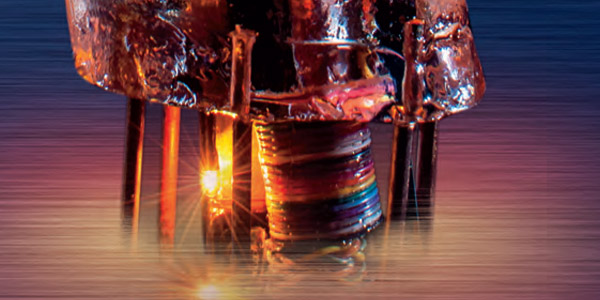 Once the sculptural element was created I took several photos with different lighting techniques in order to get the best representation possible. Then I Isolated it from the background and placed it in the new environment. The sunset, stars, island and water are composited photographs I took for this project, which were then further manipulated to focus on the symmetry from front to back on the jacket. 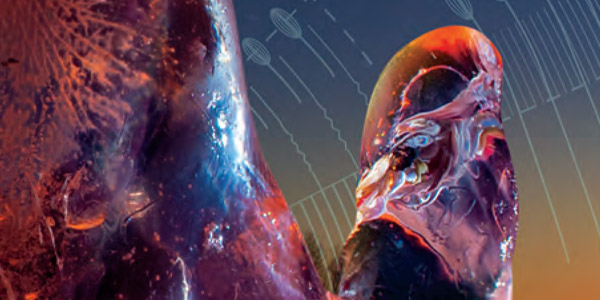 The label design utilizes the texture where the hand is casting light on the surface of the water. The soft color transitions create a background suitable for the typography to rest on and maintain its legibility. 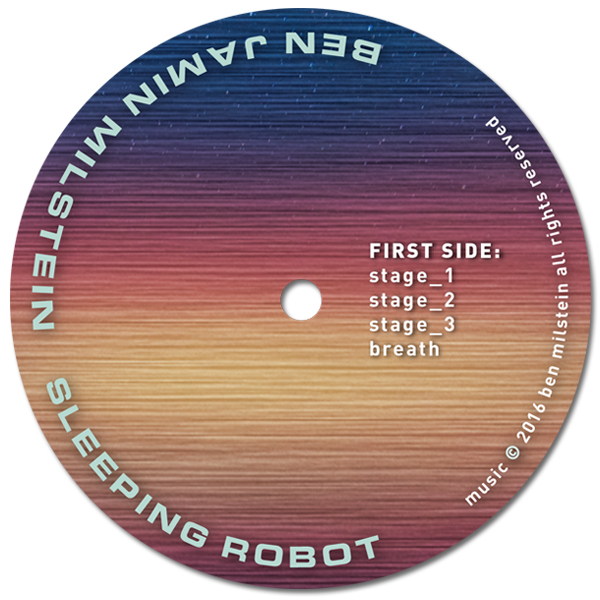 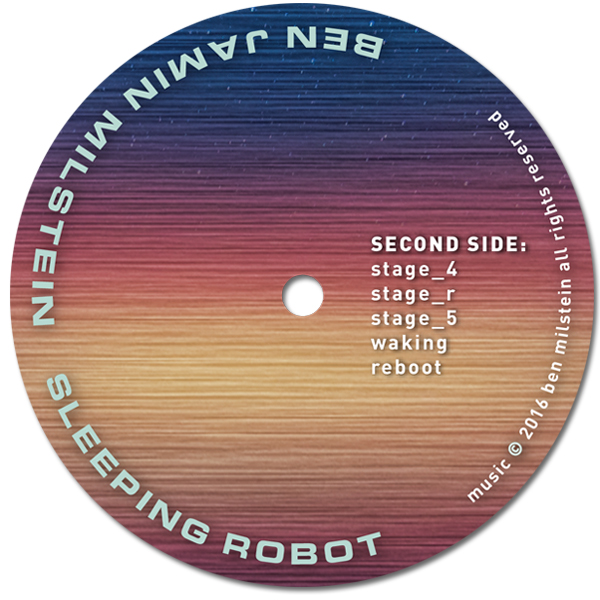 If you are interested in purchasing a poster of this design you can acquire one from my online shop. Once the album is officially released I’ll update this page with a link.