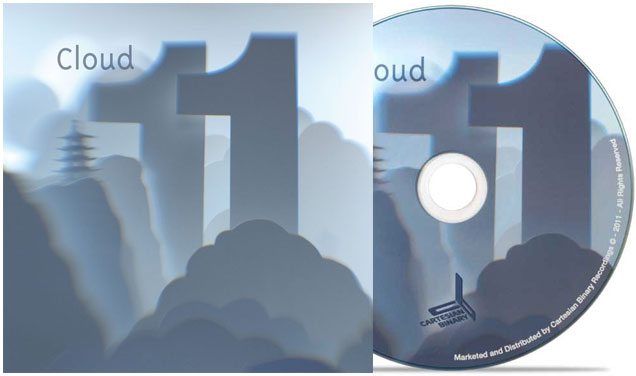 Both Rena and I are excited about her Cartesian Binary release Cloud 11. Due to the unique execution of this project Rena asked me to explain how I arrived at this solution, so I’m going walk through the process of how I created the main image for Cloud 11. 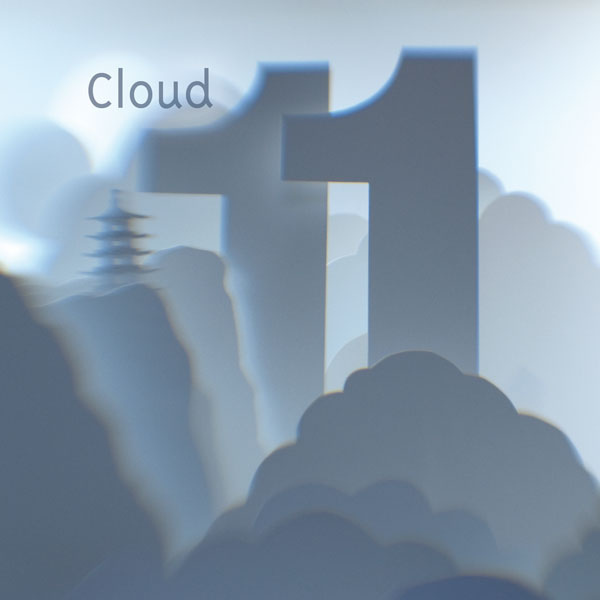 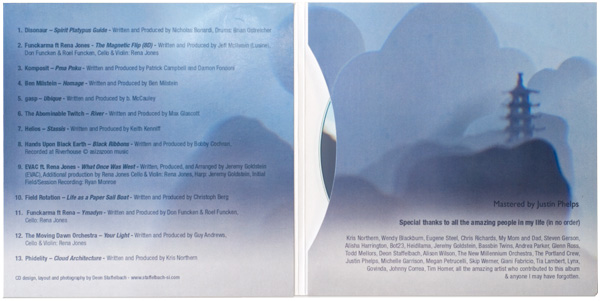 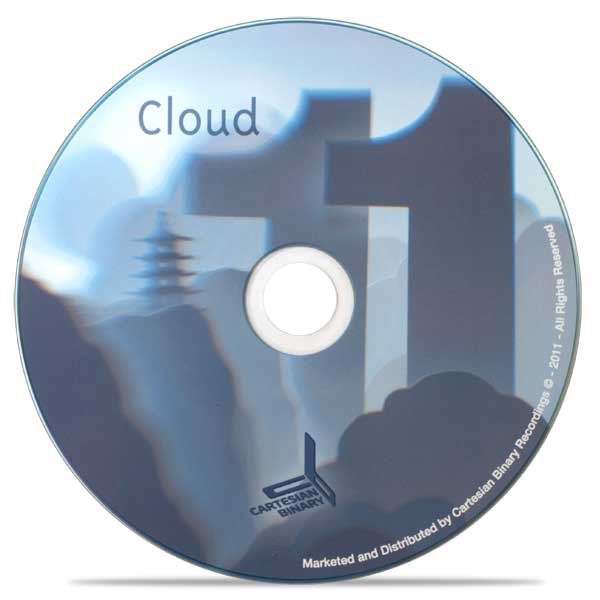 When Rena and I met to discuss the project she described wanting to express something minimal to go along with the down-tempo tone of the album. Her direction was that she thought vector art would be the best way to execute what she saw in her mind and she also mentioned liking the clouds and stylistic detail of the traditional Asian scroll paintings.

I took that into consideration while in my research phase, and I recalled the ivory carvings of mystical scenes and cities executed in the same style of the scroll paintings and after a bit of sketching I thought that I could create something similar but unique. 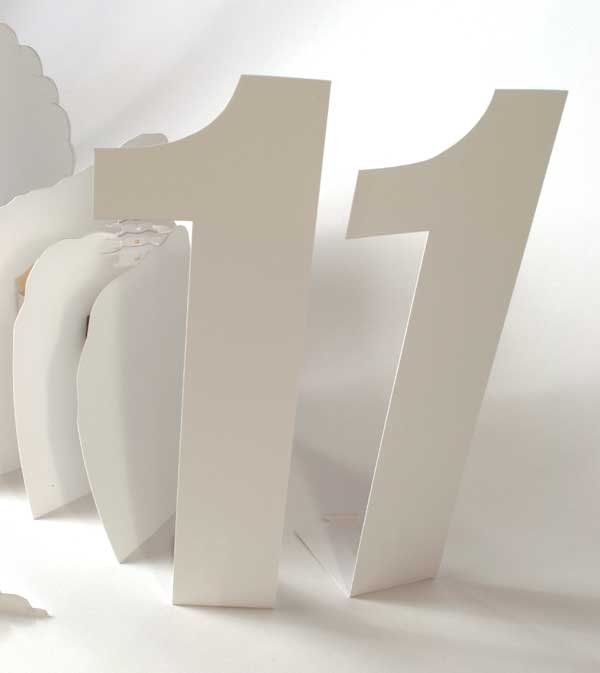 I decided to make a paper model consisting of flat pieces of poster-board that would convey a scene of a temple so high in the mountains that it was engulfed in clouds. The temple would be dwarfed by the gigantic numeric eleven that has mysteriously been placed within the landscape. 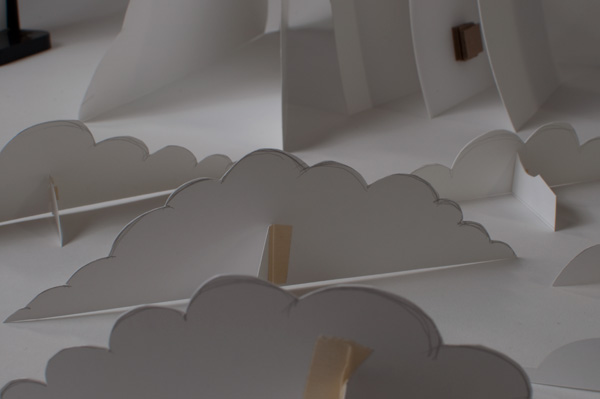 The eleven and the temple building were worked out on the computer before I cut them out, and for the remaining pieces, I penciled in the shapes and cut them out free-hand. 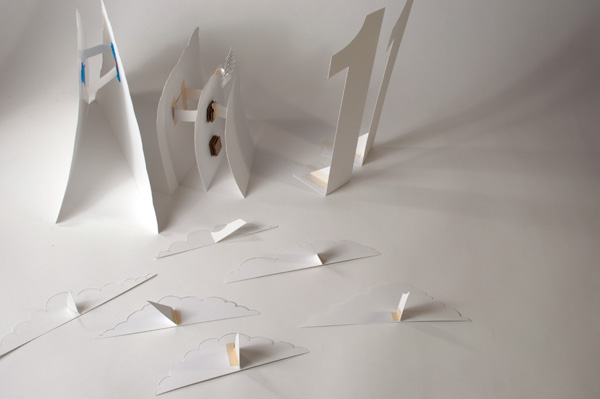 Once all of the pieces were ready with the necessary tabs and such to allow them to stand up, then it was just a matter of arranging the pieces several times and the lights to try to create an appealing sense of depth. 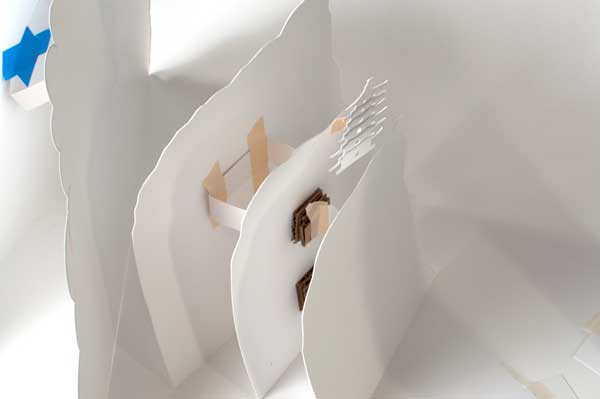 In order to give the whole thing a dreamy feeling I used a Lensbaby Composer with the aperture open all the way to create a small sweet spot of focus while the rest of the image gradually falls off into soft focus. 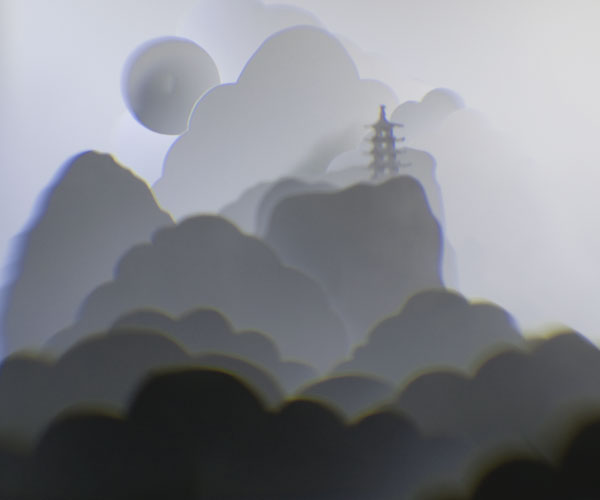 Somewhere along the way I had the idea that adding a little dry ice cloud would be a good thing so I put a bunch of it in a ceramic pie plate off to the side, and had my assistant blow the vapor onto the set while I took a rapid series of images in order to capture the ideal moment. In the images below you can see the fog from the dry ice blow over the set. 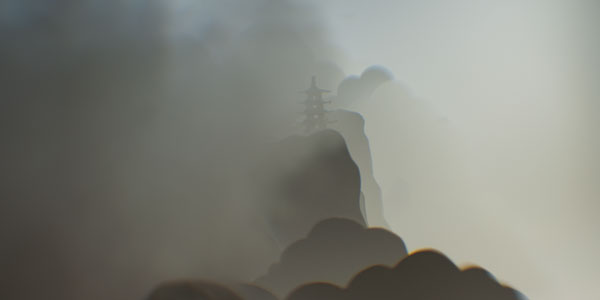 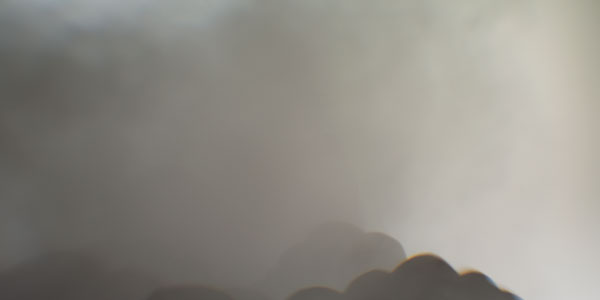 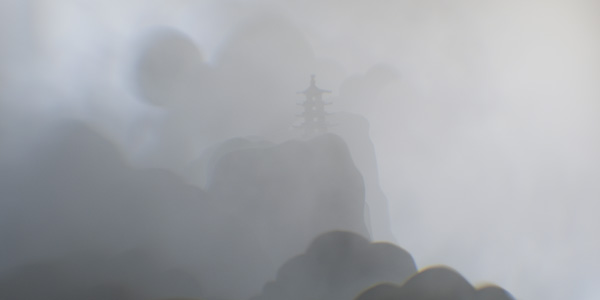 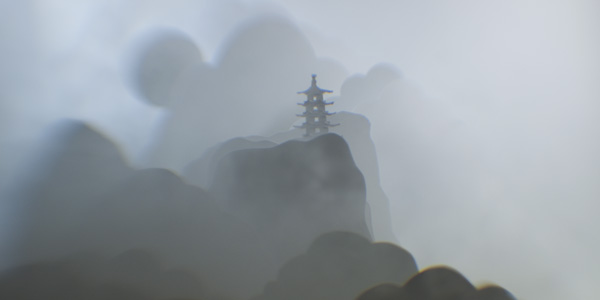 If you are interested in listening to, or purchasing the CD, you can find more information at Cartesian Binary or at the Cloud 11 SoundCloud page.