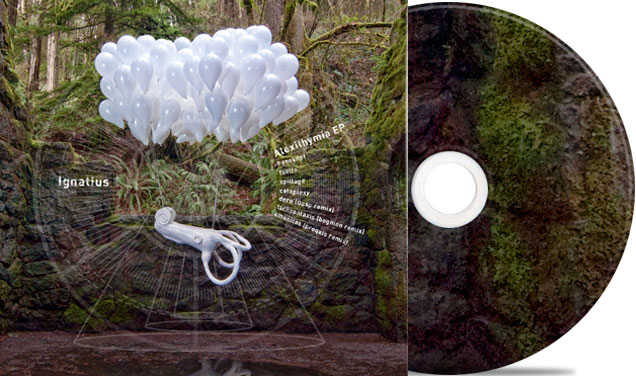 When Steve from Buried In Time let me know he was releasing an EP I was excited to help him with the design for his project. We discussed some ideas he had about the tracks on the EP and that provided me with a direction that led to the modified sculpture of the inner ear suspended by balloons. See detail. 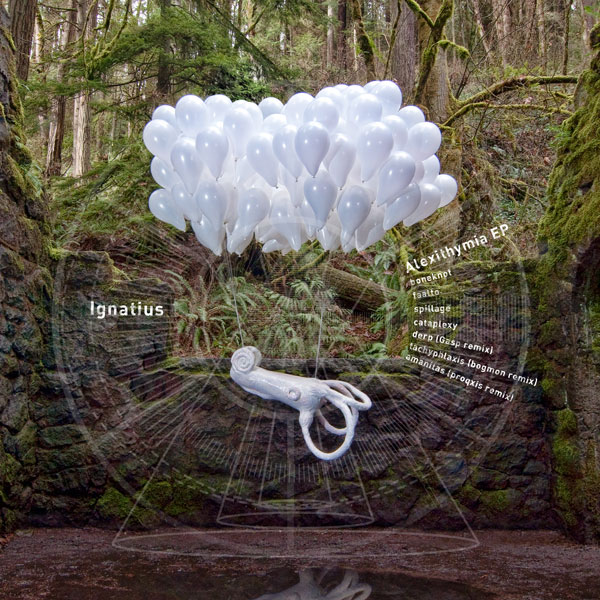 After discussing the idea with Steve, and letting him know what I had in mind he gave me the go ahead to start the build. You can see the final piece isn’t too different than the initial sketch. One of my main issues is that I had to keep the structure light, so ordinary helium balloons could lift it. 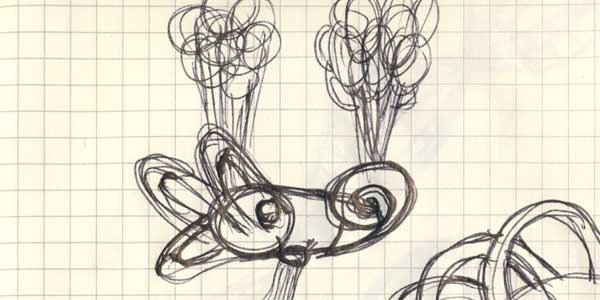 Paper Maché ended up being my choice due to it’s strength vs. weight ratio. The images below show the early stage with just the inner armature, a mid-term state with several layers of pages from the phone book, and the near final stage that has been painted and textured. 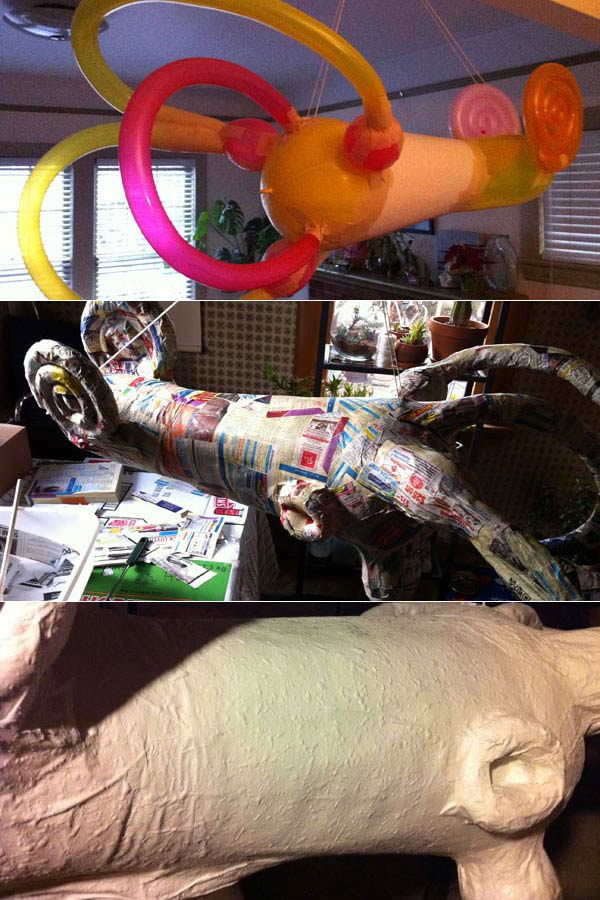 It took about a month and a half of sporadic work to get the inner ear completed and ready to take it out on location to photograph. Steve and I had scouted some areas at a local park in Portland that were of interest to us and we came up with our strategy with the balloons. Sadly I don’t have photos of us filling the balloons, but Steve acquired a helium tank, and we met at the park with a couple of assistants and filled approximately 140 white balloons in the time span of 2 hours. 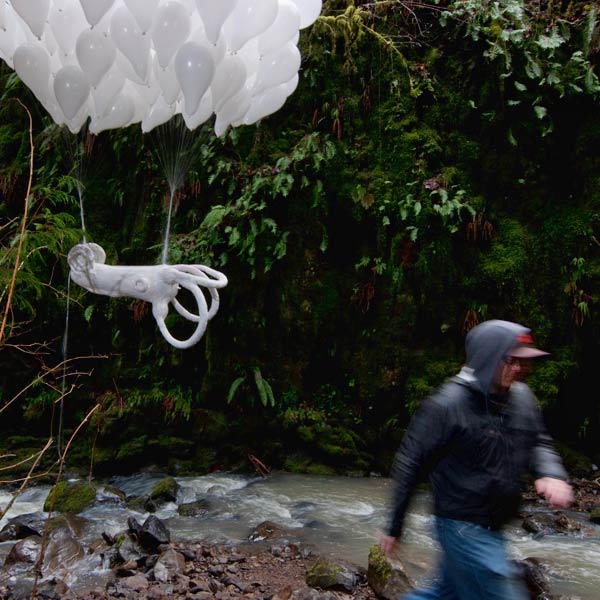 After a short half mile walk to the location along a forest path dodging earth people, tree limbs and wild squirrels we set up our equipment and took several photos of the inner ear floating around different organic spaces. 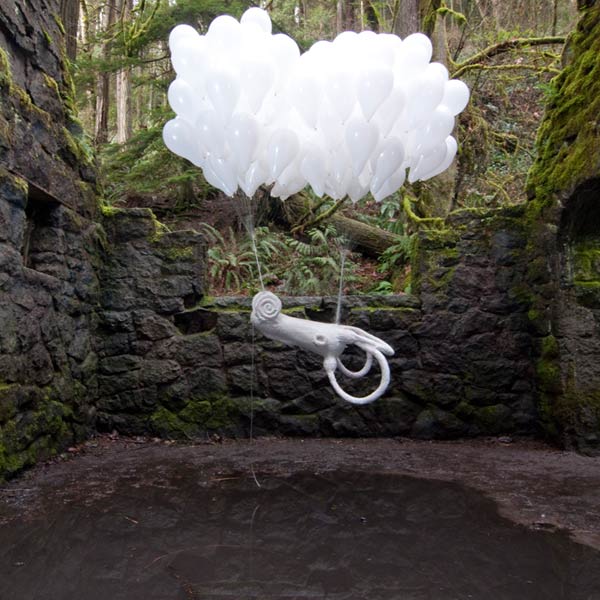 Even though it was our second location, the images on top of the old Dandford Balch Homestead AKA the Witches Castle best captured the mood we were after, with a little tweaking of the lights and some gentle post processing we had our final image. The last thing to do was add in the graphic elements that were derived from anti-gravity graph details and treat the typography. 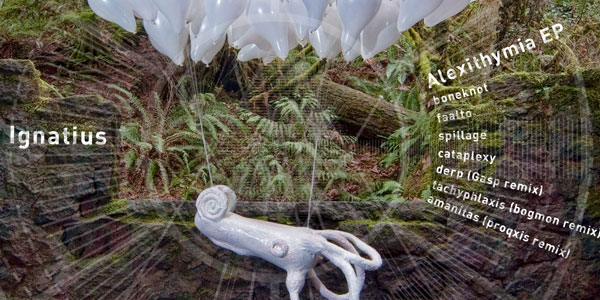 If you are interested in listening to, or purchasing the Ignatius EP, you can find more information at Buried In Time or at the Ignatius Alexithymia EP download page.