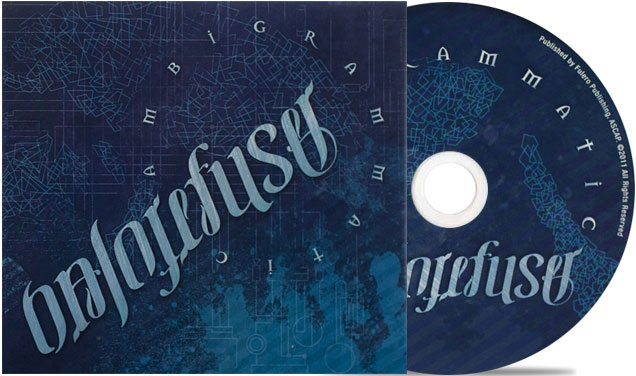 Asher Fulero, also known as Halo Refuser extended an invitation to create a cover for his CD release Ambigrammatic. He had been developing an ambigram and wanted to showcase it on his new CD. 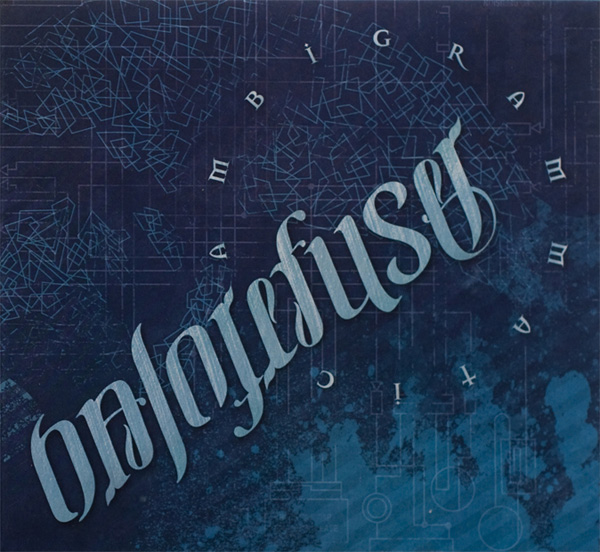 It was apparent from our first conversations that Asher is operating on a level of complexity not usually encountered in the general populace which is easily confirmed when listening to his music. The things that came from our creative meetings is that Asher was looking for a way to highlight the ambigram logo in a way to emphasize its dual nature and encourage the viewer / listener to rotate the CD package and entertain the possibilities of taking a different approach to see the world from a new perspective and experience the rewards of playful discovery. 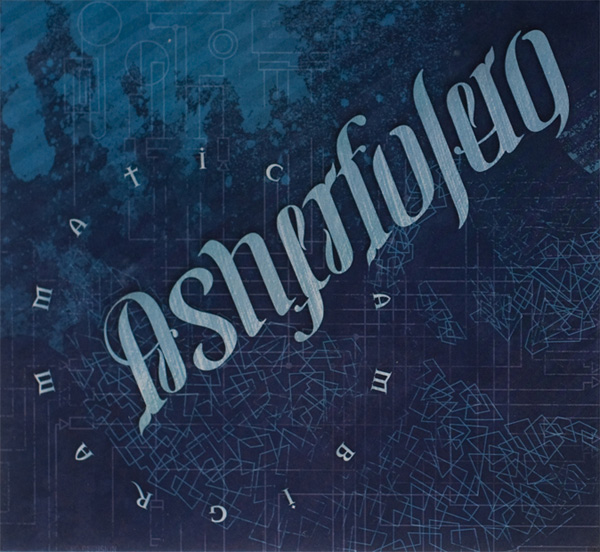 With that in mind, I set out to create an approach of partial reveals and visually encoded elements that shift from visual chaos into concrete imagery within a textural field that supports the ambigram logo. To keep the logo from being anchored in either direction I put it at an angle and joined it with the album title that I wrapped into a circle to help encourage the physical turning of the CD package. I decided to use the type face Mason to tie in visually with the ambigram artwork because the combination of the variation in the line weight of each letterform and the gothic arch-like forms of the ‘A’ which give a feeling of significance.

The back cover was formed around a profile image of Asher that forms out of a splattered grunge pattern and further abstracted by spanning the spine of the package and wrapping onto the front. The track titles anchor into the channels created by the stripe pattern and carried over as one of the visual elements of the overall design, and add a spatial depth in juxtaposing the chaotic background and clean text treatment.

When the package is viewed as a spread the profile of Asher is clearly revealed.

I took a similar approach with the inside layout, the body text floats on a random pattern of trapezoidal shapes that flow across the inside spread in creating an organic landscape or wave pattern. 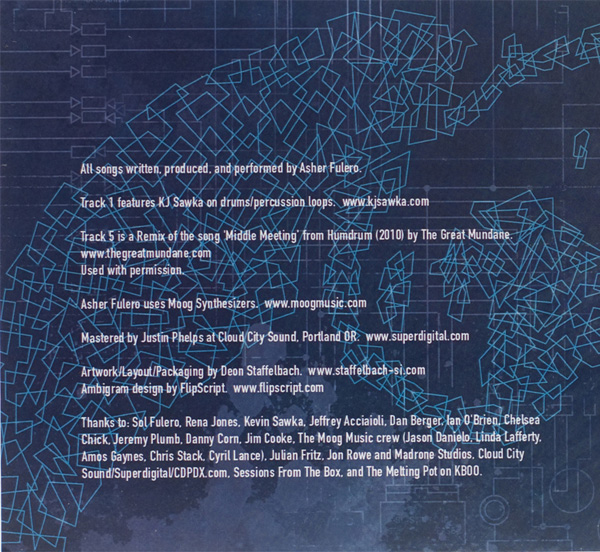 When the inside is viewed vertically the pattern reveals itself to be another representation of Asher which is an extension of the concept of individualized elements containing more than one level of information.

Bad Behavior has blocked 1462 access attempts in the last 7 days.