A few years ago I had an idea of developing some braille typefaces for the visually impaired. Those of us with sight benefit from a multitude of fonts and typefaces that help bring interest and depth to our day to day experience. From a design perspective braille is a single typeface with a single font weight that has minimal variation, and I questioned if it would be helpful for the visually impaired to experience some typographic variations.

I recently made some headway on that project and I was lucky to be able to enlist the help of Chris Cooke, a braille instructor at the Oregon Commission for the Blind. I was also lucky to get some essential 3D modeling and 3D Printing assistance from my friend Phil Garia (750Phil on Instagram). With their combined help I was able to create this model and test several braille typefaces to help understand the nuances of how to alter the traditional braille typeface and keep it legible. 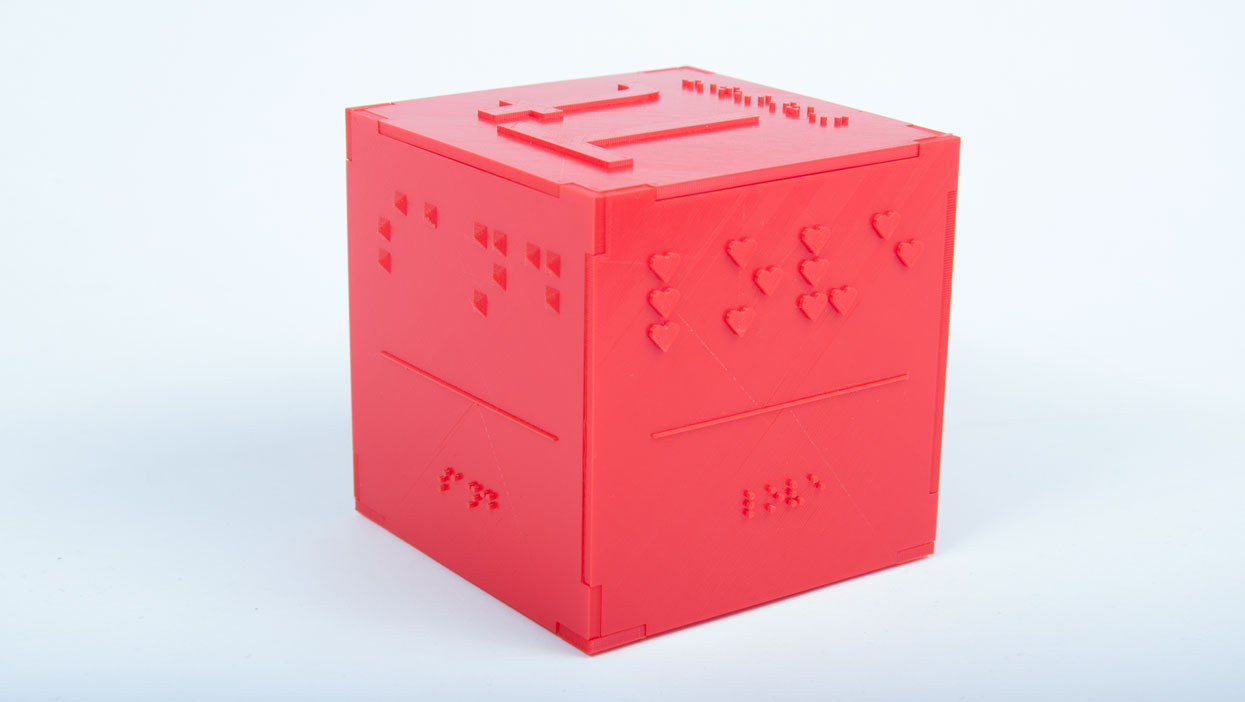 I had several educational email conversations with Chris Cooke about the finer points of the braille system. We set up a meeting and arranged to get volunteers to test the legibility of an icon ‘dot’ instead of the standardized dot they normally experience. The conversations I had with Chris helped me determine the important nuances that needed to be considered when reading and writing in braille. 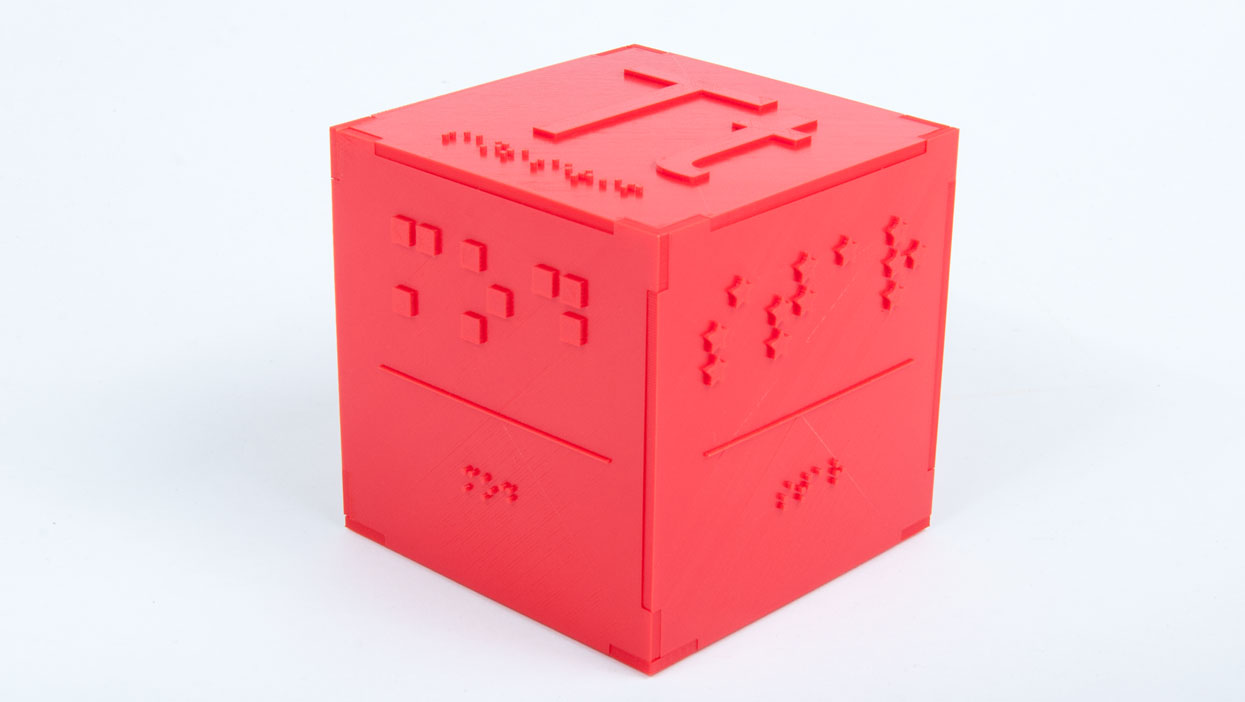 Initially I was going to use off the shelf items to create some samples along the lines of what I had in mind, but I quickly discarded those ideas in favor of taking a more technology based approach. My concern was that if I was gluing down hearts or stars by hand, how accurate could I be with alignment and spacing? I needed to eliminate the possibility of confusion and make sure the right questions were being answered. 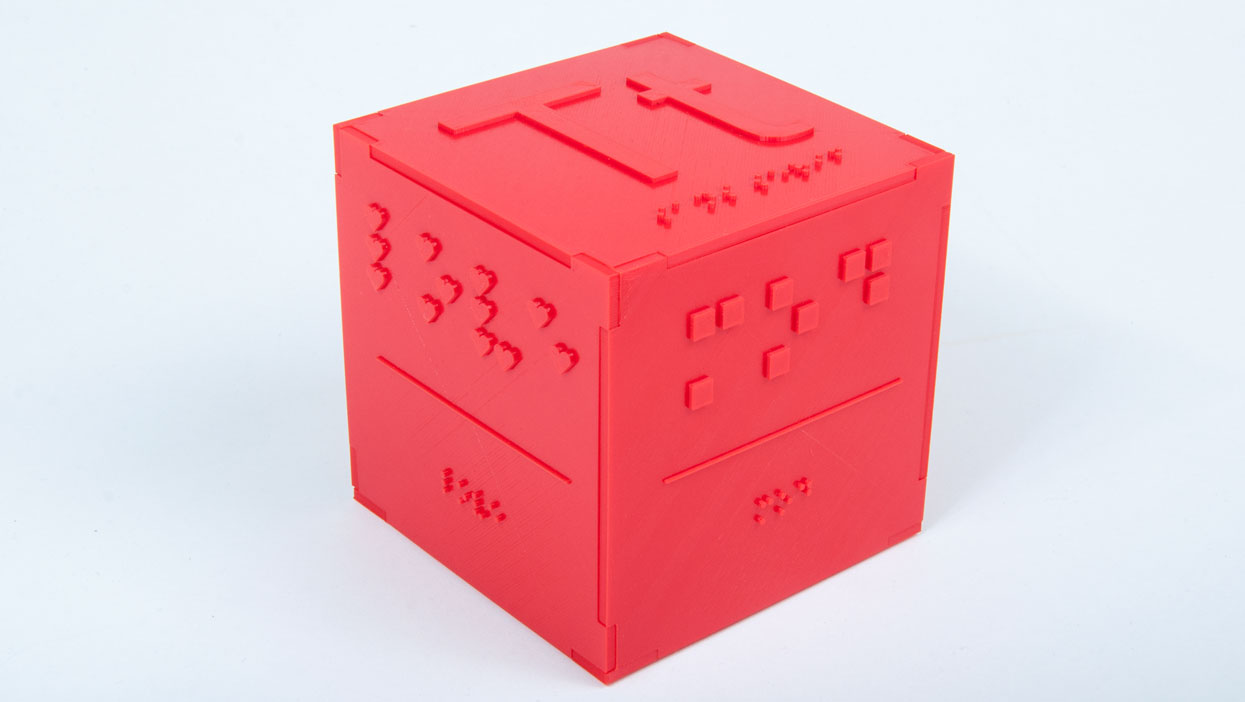 My friend Phil had recently acquired a 3D printer, and so I asked if he could assist me in creating several panels that could be precisely printed out so all of the kerning and leading would be standardized and be as accurate as possible. This would then allow me to have confidence in understanding where our successes and failures were originating from. 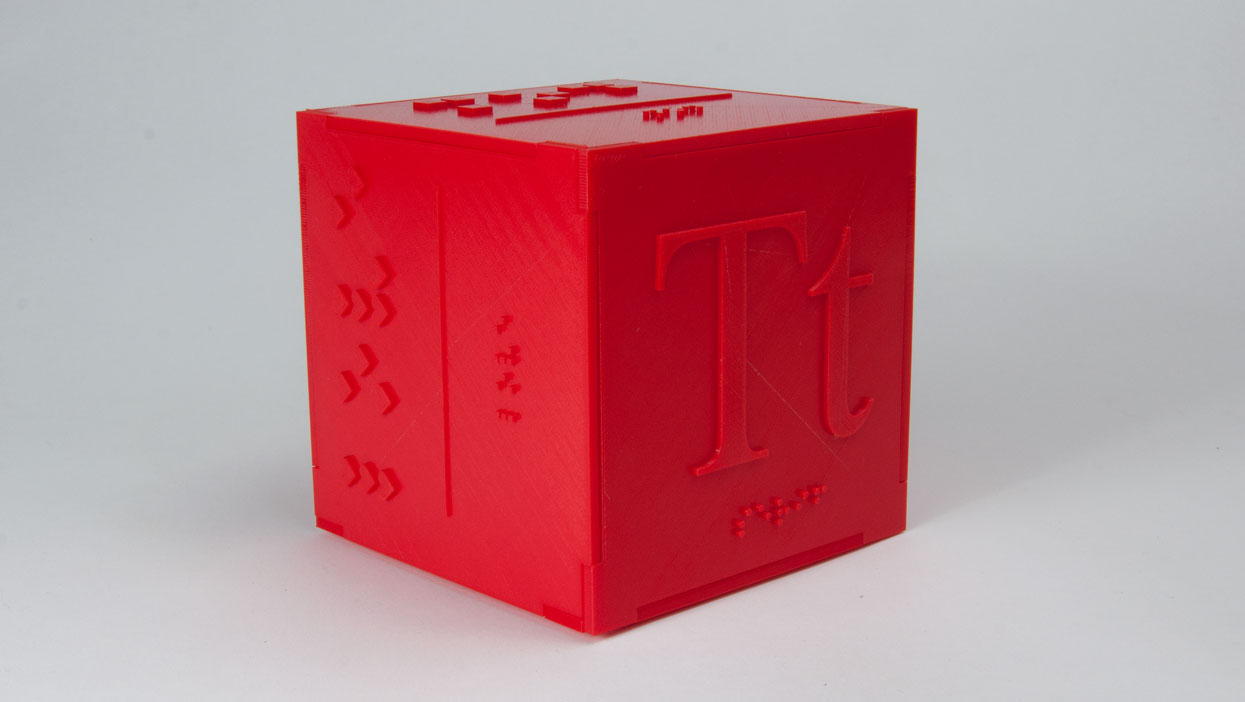 I chose four primary typeface ideas to explore, and added two more panels to illustrate the options sighted people experience with serif and sans-serif typeface examples. Each panel would have a typeface example with a standardized dot below it that said the same thing as the icon based type above. We took this idea one step further and instead of printing stand alone panels, we “dovetailed” each one, so they would lock together into a cube form so the volunteers could have all the examples in their hand at once, and they could rotate the cube as they needed to read the different examples. 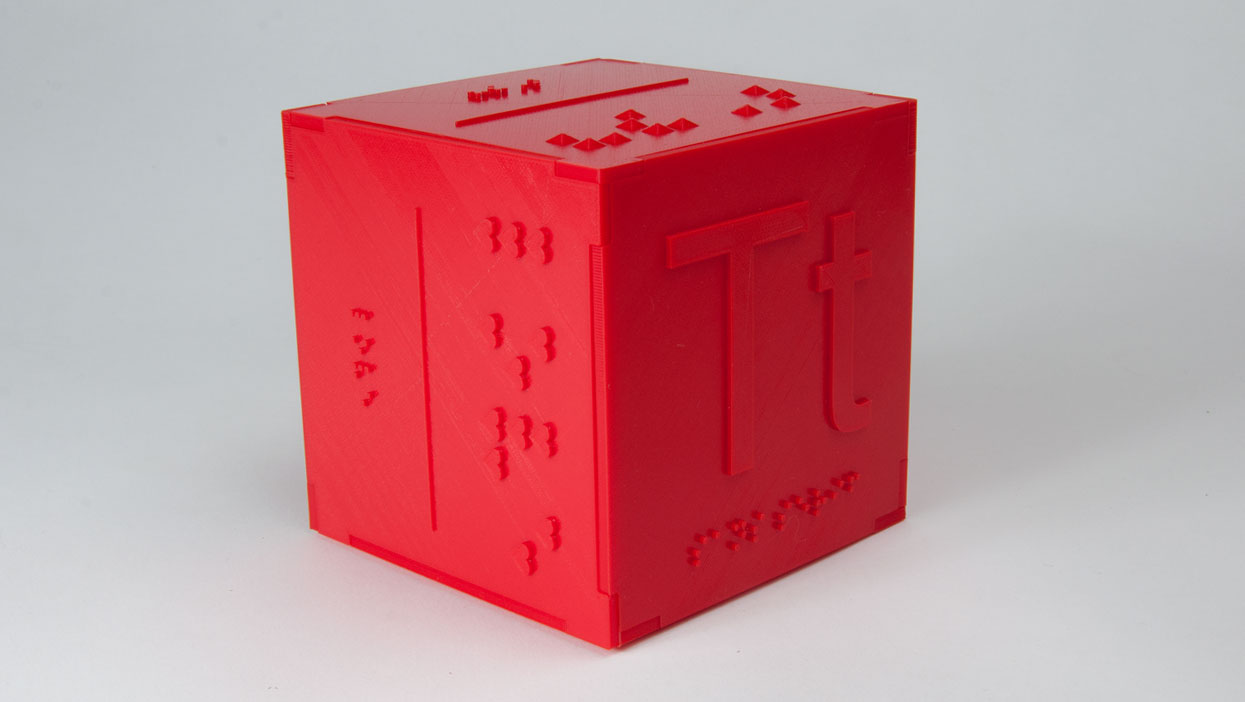 As it turns out all of the typefaces could be read, as long as the standardized formatting of the braille letterforms were adhered to. I had to control my design instincts and be sure not to adjust the letter spacing as is normal practice. The braille alphabet relies on a standardized letter spacing which create large gaps that help the visually impaired to recognize specific letterforms. 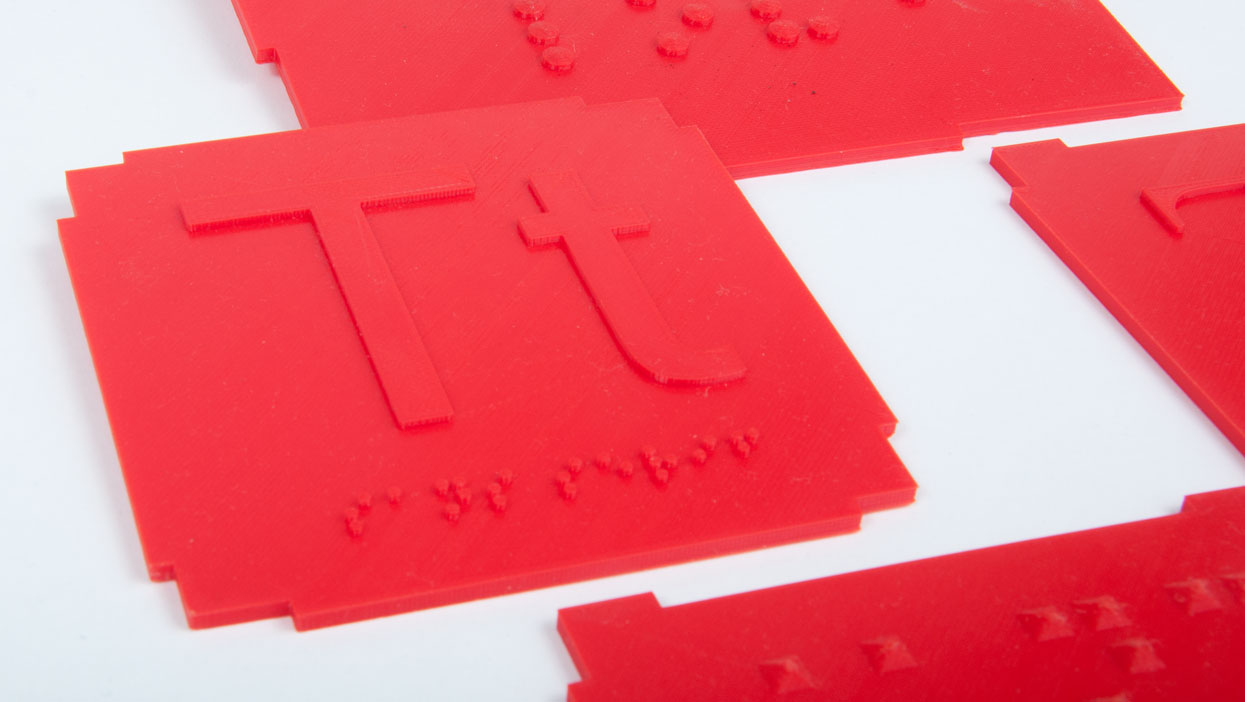 At the end of my meeting with Chris Cooke and the volunteers at the Oregon Commission for the blind it was obvious that the examples we tested are able to be read and represent a viable braille typeface options that can be developed further to enhance the daily experience of the visually impaired.

Bad Behavior has blocked 1463 access attempts in the last 7 days.